It’s never going to be the simplest or most comprehensible documentation system, but the 7th edition of the Publication Manual of the American Psychological Association contains several changes that will make life easier for writers in the social sciences. 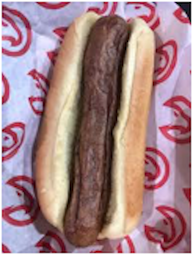 Have you heard the joke about the frankfurters, wieners, tube steaks, whatever you want to call them?

YOU, A PLEBEIAN: Let’s go out for Chicago-style hot dogs!

ME, AN ACADEMIC: No, thank you, I prefer MLA style.

I don’t know what an MLA-style hot dog is, but I am certain that APA-style hot dogs are those ones at the 7-11 that have been on the roller thing for too long.

I don’t think anyone loves APA style. It’s persnickety about the most peculiar things, and some of its rules seem to be outside the bounds of logic. BUT, there is a new (7th) edition of the Publication Manual of the American Psychological Association, and there are several changes that will make everyone a little less dysphoric.

Many of these changes came about because of what I see as a miracle: The Powers That Be actually paid attention! The APA publication folks run a blog where they post short entries on subjects of interest to their users. In the previous iteration of the blog, the comments section often devolved into rants about the illogical and persnickety things that people couldn’t stand about the APA. Shocking, I know.

It was an unexpected and pleasant surprise when I opened up the 7th edition, only to find that many of these problems had been addressed! Among them are

If you are still confused, irritated, or despairing about citing a paper in APA, make an appointment to come to the Writing Center. We may not know all the rules by heart, but we do know how to consult resources to find the answers to your questions. 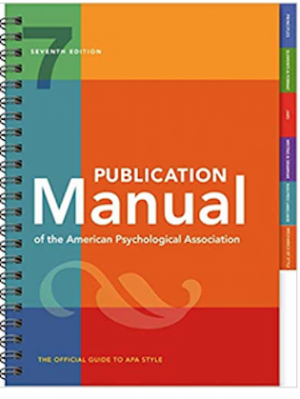 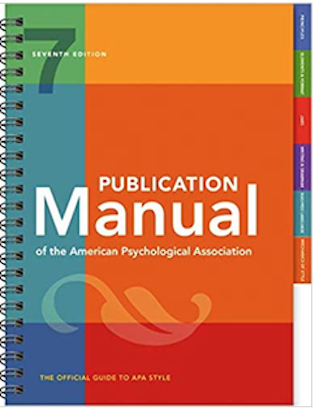